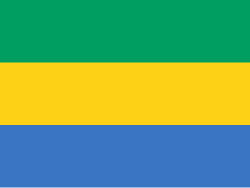 The main ministries in charge of migration affairs in Gabon: