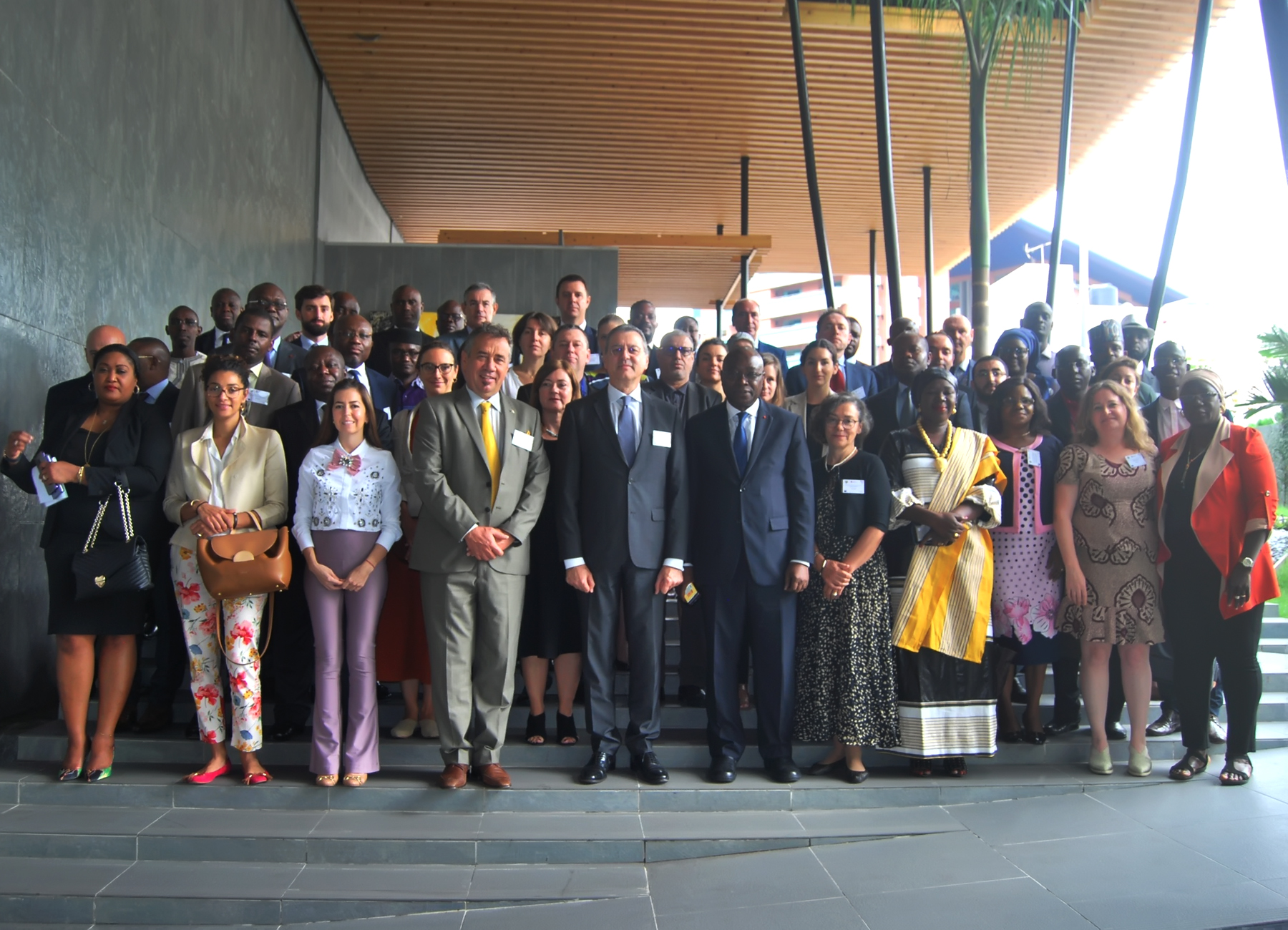 Abidjan, 24 October 2019, hosted by Côte d'Ivoire and co-chaired by France.

The Rabat Process organized a Regional Workshop on "Fighting migrant smuggling" in Abidjan, Côte d'Ivoire, on 24 October 2019. The meeting, co-chaired by France and Côte d'Ivoire, brought together 68 participants representing 25 partner countries of the dialogue (including 10 European and 15 African countries), the European Union, ECOWAS, UNODC, Frontex, UNHCR, Interpol, MMC, SEEFAR and ICMPD experts. This meeting was the opportunity for a first encounter between the Rabat Process and the Niamey Dialogue which brings together 17 European and West African countries to combat migrant smuggling and human trafficking.

Context of the workshop

The fight against the smuggling of migrants is essential in the fight against irregular immigration but also for the security of the States of origin, transit, and destination. The last event organised on this subject within the framework of the Rabat Process dates back to 2015.

According to the information in the database of the Joint Valletta Action Plan (JVAP) updated in 2018, the projects and initiatives to combat migrant smuggling and trafficking in human beings (area 4 of the JVAP) still represent a small part of the initiatives taken by the States of the Rabat Process (4.4% of the projects submitted, i.e. 118 initiatives). This workshop therefore made it possible to revitalise this theme and give new momentum to member States in the fight against migrant smuggling and trafficking in human beings.

The Abidjan workshop was the first event organized by the French Presidency of the Rabat Process. The objective was to share experiences and formalise recommendations based on good practices implemented by the signatory States of the Niamey Declaration, of which a follow-up meeting had taken place two days earlier. Since 2018, these countries (Germany, Burkina Faso, Côte d’Ivoire, Spain, France, Guinea, Italy, Libya, Niger, Nigeria, Mali, Mauritania, Netherlands, Portugal, United Kingdom, Senegal, Chad, and Gambia) are actively involved in a common approach to strengthen their means of combating migrant smuggling and trafficking in human beings.

During the workshop, States agreed on the need to develop and strengthen specific legislative frameworks in the areas of detection, investigations and legal proceedings, on the one hand in the area of migrant smuggling and, on the other hand, in the area of human trafficking.

The signatory countries to the Niamey Declaration, in which the strengthening of legislative frameworks was a major line of effort, led the discussions based on their personal experiences. Indeed, legislative processes have been launched and/or have been finalised in 6 signatory countries: Niger, Mauritania, Senegal, Gambia, Côte d´Ivoire, and Mali. The legislative process initiated in 2017 in Mali, which will be completed soon (last validation step of the draft law by the National Committee), was presented in detail at the meeting. Côte d'Ivoire also presented its draft law (ratified on 13 June 2018) on migrant smuggling and trafficking in human beings.

The need for national tools to combat migrant smuggling was stressed. The session relating to specialized investigation resources allowed to present three national systems that have demonstrated their effectiveness: the National Division to Combat Migrant Smuggling (DNLT) created in January 2018 in Senegal, the joint investigation teams which belong to the special investigations division created in August 2016 in Niger and the mixed Hispano-Mauritanian police station created in 2008 during the boat crisis.

Judicial and police cooperation at regional and international levels

During the workshop, the importance of cooperation between the judiciary and the police, but also between States, was stressed.
The partners of the Rabat Process exchanged a number of good practices and recommendations on regional cooperation. Niger, for instance, presented a memorandum of understanding signed with Nigeria which made it possible to launch a partnership for the prevention, protection and repression linked to migrant smuggling and trafficking in human beings. Senegal recalled that many regional cooperation tools already exist (the ECOWAS convention on crime, the police to police handover, the right to prosecute, the Interpol and Afripol networks, etc. ) and invited States to use and implement these tools.

UNODC presented some of the existing judicial cooperation tools: the WACAP network created in May 2013 which consists of the establishment of 15 contact points within ECOWAS countries to facilitate judicial cooperation. This WACAP network enabled the training of 540 magistrates and the processing of 167 cases. A pilot project for the deployment of African liaison magistrates in Europe was also presented.

Finally, ECOWAS and ICMPD presented the network of national focal points to combat trafficking in persons. Since 2014, ICMPD, in partnership with IOM, supports ECOWAS in running and coordinating this network of focal points, as well as in providing assistance to member countries. This project notably contributed to the partnership established between Niger and Nigeria in the fight against migrant smuggling and trafficking in human beings. The European Union, via its DG Home delegation, then presented the "Joint Operational Partnership" project which should soon begin in Guinea to modernise the issuance of identity and travel documents.